The Washington Post highlighted connections between President Donald Trump and convicted sex offender Jeffrey Epstein’s cohort Ghislaine Maxwell in a recent article, though the publication has yet to run a headline on allegations that former President Bill Clinton visited Epstein’s pedophile island.

WaPo published a story July 31 titled “Before President Trump wished Ghislaine Maxwell ‘well,’ they had mingled for years in the same gilded circles.”  The story examined Trump’s relationship with the late sex offender’s cohort and ex-lover in light of Trump’s remark: “I wish her well, frankly,” when questioned about Maxwell potentially exposing powerful men during her prosecution.

“What the president was noting is that the last person who was charged in this case ended up dead in a jail cell,” she said. “And the president wants justice to be served for the victims in this case, and he prefers for this to play out in a courtroom.”

Though WaPo published this story examining Trump and Maxwell’s connections, the publication has yet to publish a story online about the allegations against former President Bill Clinton, according to a search of the newspaper’s website.

“You know, I remember asking Jeffrey what’s Bill Clinton doing here [on the island],” Giuffre said, the court documents show. Giuffre said Epstein laughed at her question and said, “Well, he owes me a favor.” 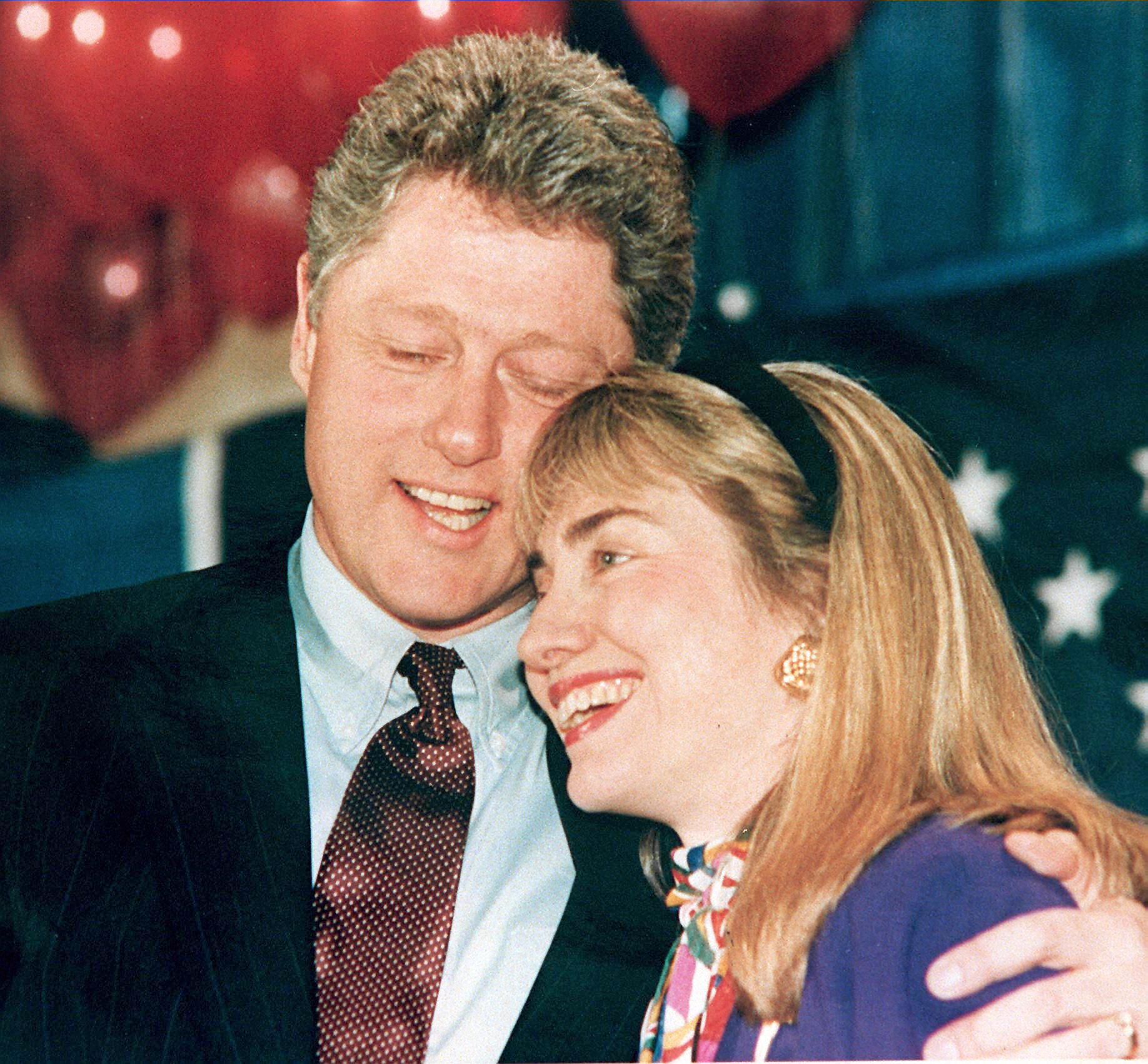 A 1992 photo shows then Governor of Arkansas Bill Clinton (L) and his wife Hillary (R) embracing. Clinton has been accused of having an affair with a former White House intern, Monica Lewinsky, and during a deposition 17 January in the Paula Jones sexual harassment suit, he admitted to having a relationship with Gennifer Flowers when he was governor. ( AFP/AFP via Getty Images)

“He never told me what favors they were,” Giuffre said. “I never knew. I didn’t know if he was serious. It was just a joke.” (RELATED: ‘What’s Bill Clinton Doing Here?’: Accuser Virginia Giuffre Describes Bill Clinton’s Visit To Jeffrey Epstein’s Pedophile Island)

The Epstein accuser said that while Clinton was on Epstein’s private island, Maxwell, someone named Emmy, and two “young girls” from New York were also present, the court documents show. According to Giuffre, Clinton and other visitors to the island did not stay in the main house but stayed in villas on the island.

Flight logs show that Clinton took at least 26 trips aboard Epstein’s “Lolita Express,” a jet that reportedly includes a bed where passengers could have group sex with girls, Fox News reported in May 2016. The former president left his Secret Service detail behind on a least five of these flights, according to Fox News.

Clinton has not responded to requests for comment from the Daily Caller News Foundation, but a spokesman for the former president told Newsweek that Clinton had “never been to Little St. James Island.”

“He’d not spoken to Epstein in well over a decade,” spokesman Angel Ureña told the publication. “Well before his terrible crimes came to light.”

Ureña also referred Newsweek to a July 2019 statement from Clinton on the matter, in which Clinton denied ever going to Little St. James, Epstein’s Florida residence, or Epstein’s New Mexico ranch.

WaPo did not respond to requests for comment from the DCNF.